Tuesdays Are Nicer Than You Think

This is my third attempt at a post today.  I just want everybody to know that right up front, so you can appreciate the commitment here (and overlook any deficiencies in the writing, thank you very much - I could be doing something a LOT more enjoyable, you know!).

When I woke up this morning, I had the usual Tuesday morning feeling.  You know that feeling:  it isn't Monday anymore, so there is no peppy "up and at 'em/ go get 'em" feeling to catapult one out from under the covers.  It isn't Wednesday either, when at least the prospect of being halfway to the weekend helps with motivation so one can toss back the duvet and get a move on.  Thursday and Friday's obvious fantasticness need no further explanation, of course, but Tuesday definitely is not in with that popular duo.  Tuesday just hangs there - boringly, dully Tueeewwwwwwssssday.

So, this morning, when I opened my eyes, I naturally expected that dampening feeling of Tuesdayness to settle down on me and make it practically an Olympic feat* to shove the blankets off and drag myself out of bed.  But, right away I noticed two cool things which tipped me off that this was going to be a different kind of day!  First, it was daylight already by 6:20 AM (the sun wasn't up, but the sky was light). Yeah!  And second,  when I got back into bed after calling the boys,  the minutes crept by like hours until 6:45 (my real getting-up time), instead of the lightning-quick flash of nano-seconds that "just 20 more minutes" usually becomes!  Delightful!

I got up and came into the kitchen to put the kettle on and lo and behold!  There was a female cardinal chipping away happily while flitting around in the Japanese Maple outside the kitchen window.  I couldn't stop smiling!  This is the first time in months that any birds have come around to the feeder,  and female cardinals are my favorite birds.   I really feel that spring must be in the air,  along with the snowflurries!

Oh, did I mention the flurries?  Well, yes, there were some of those, too, and pretty soon they got thicker and thicker until there was a beautiful fall of big, fat flakes coming down.  They quickly started to line the tree branches and muffled the sound of the cars and school buses going by out on the street.  Just wonderful.

What's not to love about a Tuesday like this?

Well, I set right to work as soon as I got back from the driving.  I chopped and diced very quickly and started a crock pot recipe of chicken stroganoff.  We'll see how it goes!  If it is a winner,  I will put in a link to the recipe and give you my tips.  I won't make a habit of that, mind you, because you know I am dedicated to focusing on the photo project and will not be sidetracked.  However, as a courtesy to others, I can hardly not share a kitchen tip that might make life a little easier for someone else!

Oh, and speaking of kitchen tips and recipes!  Yesterday,  I found a recipe for Boeuf Bourguignon for the slow-cooker online.  It was kind of a chain reaction thing.  A few weeks ago, we saw the movie Julie/Julia and were, naturally,  eager to cook (well eat, really) every dish mentioned by the time the closing credits rolled around.  Scott ordered the Julia Child cookbook and has been cooking up amazing food ever since it arrived, and even Kenny has cooked out of that book so far.  I, of course, haven't enough patience for a cookbook which is almost all text and no colourful pictures, so I haven't cooked with it (although I have gobbled the results of the other in-house chefs' efforts with great gusto! :D).  But, that doesn't mean I don't want to cook impressively, too!  I just don't want to do it the hard way!

So, I found this recipe online  Slow-Cooker Boeuf Bourguignon .  It's even more of a link in the chain because the blogger is doing a year of Slow-cooker recipes, inspired by Julie's Year of Julia Child recipes! Ha!  So, there was I, getting her Julia Child-inspired boeuf bourguignon recipe so that I, too, can cook like Julia Child (but without all that fussy kitchen work).

The recipe is excellent.  I cut up the beef,  and, having no tomato paste on hand, I just crushed some diced tomatoes and squeezed out as much water as possible, but otherwise I mostly followed the recipe to the letter.  I even followed her link to make the herbs provence (easy as pie and luckily, I had all the spices on hand or you know-I would have had to toss that part of the recipe).  The funnest part was pouring in the wine, just like Julie does in the film--bottle held aloft and the wine cascading down into the pot over the aromatic beef, onions, carrots and spices - never mind the spatter!  I served it exactly as she suggested in her recipe--with hot light mashed potatoes.  Yum!

The boys loved it and Scott was very envious (he had a staff dinner at some overpriced restaurant last night, poor thing, so he was out of luck).  I told him I was channeling Julia Child, although the closest thing to Julia Child in my whole effort was my pitch- perfect rendition of Meryl Streep imitating Julia Child saying "Boeuf Bourguignon!".  And, seriously, that was enough.

Photo Project progress:  You may think I wasted too much time cooking yesterday, but I've already told you!  I have Mastered the Art of (faux) French Cooking!  Ten minutes of prep, toss it in the crock pot, let it work its magic all day and Voilà!  My boeuf was a triumph,  AND I had hours of free time to work on the project.

So, yesterday, I nearly finished scanning 1997.  I know that sounds like not much, but it was a couple of hundred photos AND I hit on the bright idea of taking each desktop-full to the photoshop for improving before transferring the lot to the pictures files and burning to CD.  This should help by eliminating a step when it comes time to make photo albums/books.  Of course, I didn't think of this bright idea until the night before last, so I have to go back now and do the same with the hundreds of photos already scanned for 1994, 1995 and 1996, as well as all of the old photos.  Then burn new CDS. Phew!

On the other hand, it is nice to break up the routine, do you know what I mean?  A person could get seriously bored with the tedium of opening package after package of photos and just scanning scanning sacnning.  Great gods,  my eyes are glazing over just typing this (note the typo).  That won't do at all. So, today, I will go back and photoshop the previous several years and then I will finish those last two packages of photos from 1997 for sure! 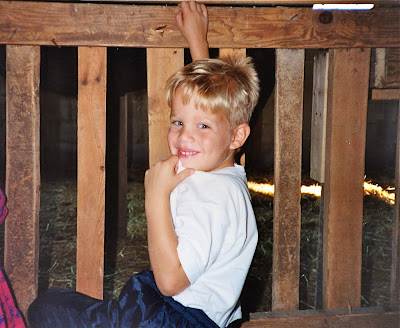