I know---not a very original post title, but that is how I feel!  Yesterday I got nothing done - well, nearly nothing - and I was feeling, quite rightly,  like a lazy slug.

Lucky for me, Scott got home last night, Kenny made a delicious shrimp scampi for supper (darn it, I should have taken a photo of him cooking!!  Note to self: get up and do something next time, you nitwit!), and I decided to just enjoy the lazy day and lazier evening and start fresh in the morning.

And that is exactly what I did!

Today is a new day.  It is another piercingly bright, sunny winter's day and I have several things accomplished already and the day is well in hand.  I've sorted through the next year of photos (most of 1996), and I am about to begin scanning.  Meanwhile, I also began the process of stripping and changing all of our bedlinens.  I have two different colours for winter and summer--I use the cooler colour for summer and fall and use the warmer colour for winter and spring. For some reason this year, I was late changing them---probably because I was away for most of the summer last year and it seemed like I had only just put the green linens on the bed.


Anyway, the duvet and decorative pillow covers are in the washing machine right now.  While I was in the basement,  I had a thought.  Back when we did the reno, I bought some items in cream and gold and brown with the idea of making a change.  By the time the reno was finished months and months later, I had gone off that idea and tried to return the brand new, unopened linens, but Target would  not take them back (except for some shams).  I just stored them away figuring I would think of something to do with them one day.

And today is the day!  I decided to mix the cream/gold/brown things with the winter yellow/gold things and remove all of the green completely.  That should put a nice sunshiny glow in the room! :D

Scott has been away almost non-stop since the New Year began. He has been overseas, he has been all over the country and next week he takes off again.  It looks like this will pretty much be the way things are until at least April and possibly the summer!   This was once the way our life just was, but we have really got used to having him traveling far less over the past 5 years or so.  Oh well, it's the economy, stupid! :D

But, this is a great day and the start of a lovely, long winter weekend.  TGIF everyone!

Oh, and here is the favorite scanned picture of the day so far... 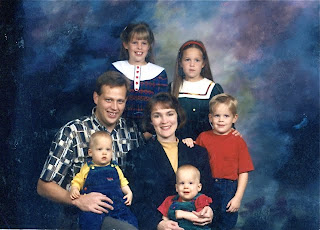